This weekend saw a ton of awesome new things announced in NY. I was looking around and didn't see any really good full coverage of the event so I went ahead and dug around to bring you some of my favorite things I saw.

Starting with Funko there were a few cool new sets they brought out and Westworld is one we are all stoked on. 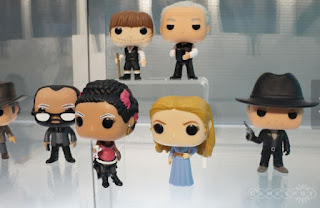 These are still prototypes (that's why you see the wonky eyebrow colors) but they are looking just about ready to go and we will for sure have these up for sale as soon as they are released. Another one I'm sure we will have up is the Peter Parker wearing the Midtown shirt from the upcoming movie Spider-man: Homecoming. 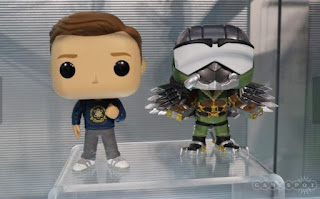 Peter is rocking his Midtown look and so you are ready to do the same you can get your tee right here  . I am thinking this will be a good bundle idea like our Eleven Pop! and Beware the Demogorgon tee that we have up now at Shirtnado! so be on the look out for that this Spring!

Now DC had a few things that I liked, the new Batman Black and White statues are up there, but the coolest figure I saw was the TV version of John Constantine (R.I.P.) If you were a fan of the show this guy belongs on your shelf. 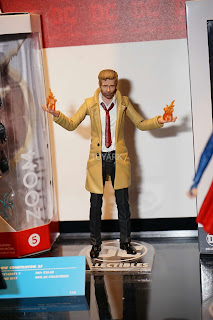 Marvel had a few figures I am stoked about but to keep it short I will just show 2. Honorary mention to the Nebula and Spider-Man Legends figures that looked amazing though. First up we have Moon Knight. If you aren't excited just based on that there isn't much I can do for you but this guy has needed a good 6 inch figure for a while and yea I would have loved the all white suit look in the current books but this will still do nicely. 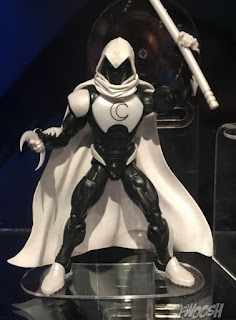 The other I wanted to show is from the upcoming Netflix Legends line that will feature characters from all the Marvel Netflix shows. This Daredevil is one of the best sculpts I have seen in a long time and I can't wait to get online one night after a few beers and wake up the next day with a nice long set of pre orders. 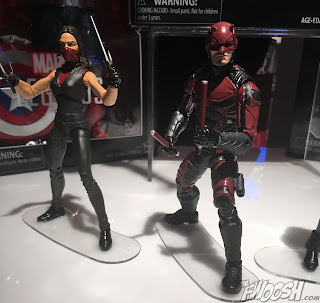 Before I leave Marvel I have to show this bad boy off. Last year Marvel put out a pretty fairly priced set of replica items. They started off with Cap's shield and Iron Man's helmet. These both MSRP at around $100 but I picked up my Cap shield for about $75 so some hunting as always can help you save a few bucks. This years set will be Thor's hammer Mjolnir which lights up, responds to your voice, and has a nice little base. The one I am pumped on is Star Lord's helmet though. This bad boy is made for adult size heads (bout time) and lights up as well but also has built in bluetooth headphones. So later this summer when you come by the Shirtnado! booth and see a guy wearing our Ravagers tee and a Star Lord mask dancing around to Redbone's "Come and Get Your Love" stop by and say Hi I might even let you try it on. 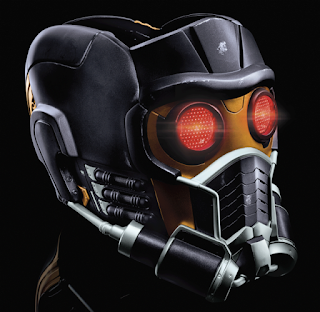 Lastly there were a lot of Lego sets I could talk about and don't be shocked if they pop up in a later post once I have built a few but I have to put up the Scarif Stormtrooper. I love the design of these guys and was hoping this would be a set so I can't wait to get this guy on the shelf soon. 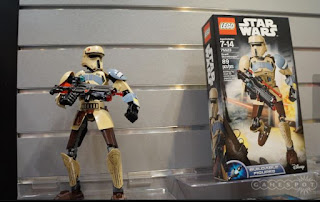 Alright that's a lot to digest and there is still a ton more. I'm going to link to some of the sites I was checking out to see what was announced so you can go down that rabbit hole yourself. Look for more coverage over at thefwoosh, gamespot,  toyark, and marveltoynews.