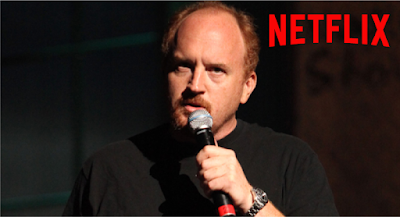 Louis C.K. taped a special in Washington DC that will come out on Netflix worldwide on April 4th. The streaming king signed Louis or his next 2 specials, but that's just the icing on the cake for comedy fans. Netflix has been dropping crazy money on comedy specials lately, including two Chris Rock specials for a reported $40 million. They have also snatched Jerry Seinfield from Crackle, are about to release an Amy Schummer special, and have Dave Chapelle on board for THREE specials. And, all of this is on the heels of the release of Jim Gaffigan's new special just a few months ago. Netflix seems ready to drop the gloves with whoever wants to square off in the stand-up realm, and they're committed to bringing tons of great comedy to the service.